Are you ready to embark on a life-changing journey towards great health and peak performance? Help is at hand!

The team of Stephan Ackermann and Philip Kuhn at Evolve Sport and Rehabilitation Centre, Windhoek, is committed to guiding you on how to make the most of every moment you exercise.

Find out more about Stephan’s own journey of discovery and see how he can help you achieve your healthy and fit life goals.

Off to a Flying Start

Stephan hails from Bloemfontein, South Africa, where both his parents worked in the finance and insurance industry.

From an early age, Stephan applied himself diligently both in the classroom and on the sports field. He was already identified as a leader during his first years of education, and went on to represent South Africa in Badminton during high school and university.

He graduated with a university pass and found himself at a juncture – how could he use his love for sport and passion for people to help others?

His first instinct was to apply for physiotherapy studies. In the process he discovered the field of biokinetics, became fascinated by it and set off to the University of Bloemfontein to find out more.

Stephan’s university education continued in much the same way as his primary and secondary education. He still played badminton for the national side and also managed to achieve the distinction of being the best third year student in his field.

From 2006 to 2007 Stefan worked under the esteemed Dr Henry Boshoff learning the ropes in the field of biokinetics. The hours were long and hard but the knowledge he gained gave him the momentum to persevere on building his own reputation as a biokineticist. In 2017, he opened his own private practice in Windhoek, called Evolve Sport and Rehabilitation Centre.

At last, he is able to realise his dreams of helping people of all ages and abilities to maximise their potential, no matter what kind of healthy life they want to lead.

In his limited spare time Stephan loves to get out in nature and spends time gardening, fishing, camping and, of course, playing and watching sports – especially volleyball, squash and long-distance running. He has completed the Comrades, the Wild run and the Two Oceans Marathons.

When he’s out working up a sweat outdoors, you’ll find him caring for his aquarium and collection of exotic fish.

His true passion lies in people and their health and he firmly believes that everyone should do what they can with what they’ve got.

When you work with Stephan this gives you the freedom to motivate yourself and cross over to the ideal of health as a mindset, not just an aim.

Stephan has the following words of inspiration for all those wanting to get the most out of their life:

In the end, it’s all about how you think, not only how you train or exercise.

Are you ready to become the master of your destiny?

Sign up for a session at Evolve Sport and Rehabilitation Centre and keep reading our blog for more inspiration on how to lead an enjoyable and healthy life. 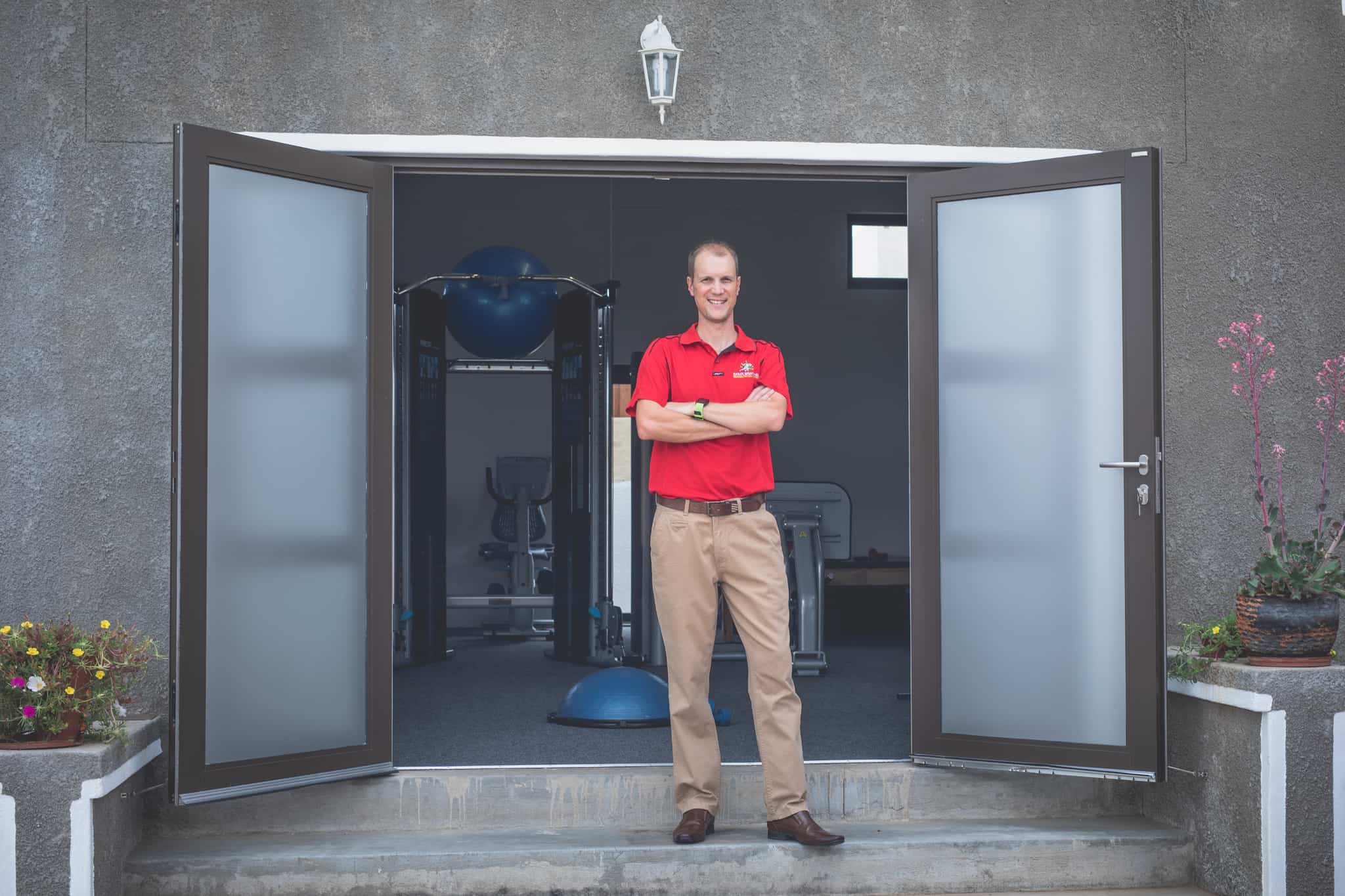